A network has a specific time window to deliver a voice/video packet and, much like heading to the airport to catch a flight, being on time is the key to a good user experience.

VoIP Success Requires Packets to be On Time

So, what does this mean for network measurement...? 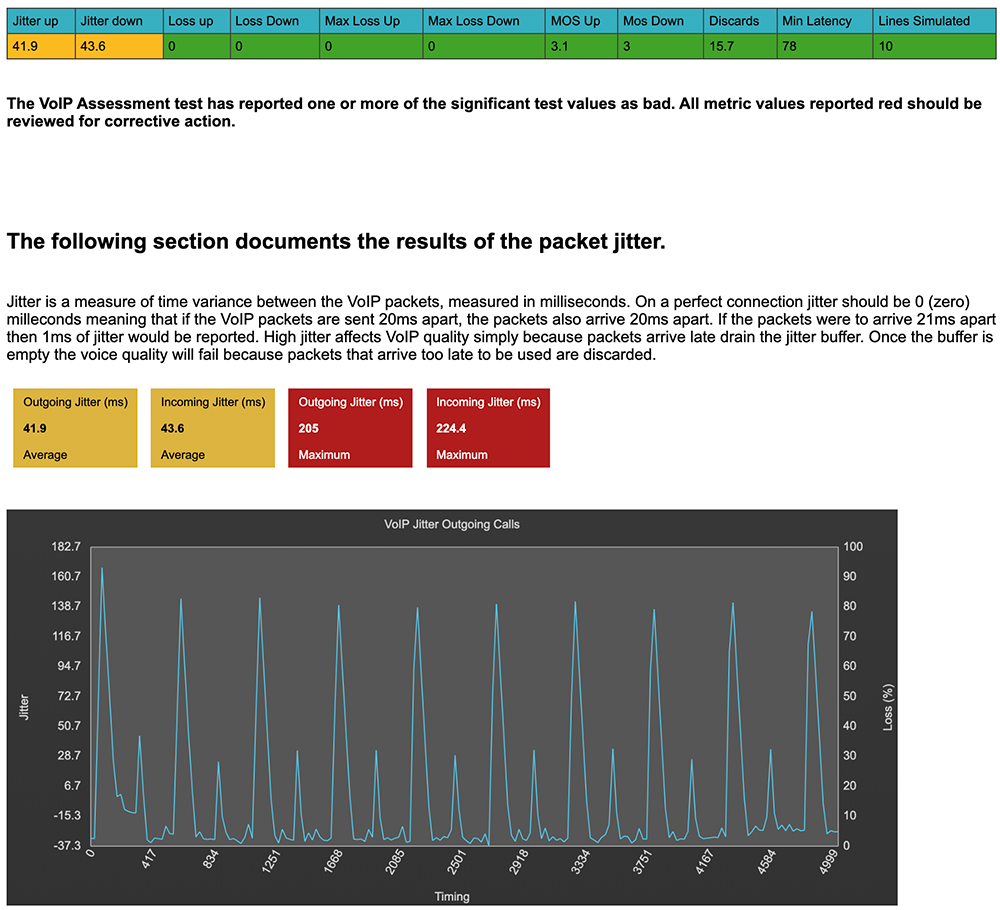 However, to ensure absolute quality MCS measures not only Jitter but also peak Jitter, discard Jitter as well as average Jitter. Why?

Equally important is packet loss. MCS measures not only packet loss but also the distribution of that loss. Why?

MOS score is also reported, which is the popular metric for overall VoIP health.

Also factors that have a big impact on VoIP Quality, such as available bandwidth are supported by MCS's ability to customize the test for call lines and codecs, which consume bandwidth.

How many calls can your network support?

MCS provides a sophisticated VoIP Capacity assessment, which quickly validates the number of calls/phones that can operate on any given connection.

Much like a video streaming service, such as Netflix, VoIP also utilizes buffering to ensure smooth communication. As everyone knows, if the buffer runs out of data the service will fail.

High peaks and discards are events that drain the Jitter buffer, causing the quality of the call to deteriorate rapidly. Just reporting average Jitter won't provide insights into any threats to the jitter buffer.

Packet loss is the most destructive event that can affect the quality of media streaming, such as VoIP and Conferencing applications.

When streaming packets are lost they are lost forever, meaning the data in the packet has gone. Packet loss in a VoIP call for example would make a conversation impossible to understand.

MCS reports packet loss distribution to identify where packets are being lost. This is important because if 20% of lost packets occur in one small window of time it's much more damaging than if that 20% occurred across the entire call.